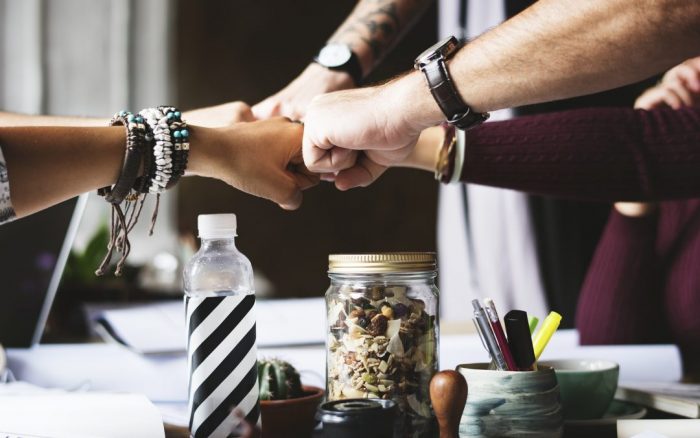 Have you heard this addage from a sports coach?:

“A champion team will defeat a team of champions.”

However, as much as we all admire the ideals of teamwork and connectedness there’s also the alternative notion of the “rugged individual” or the “prima donna” who stands out from the crowd and succeeds without help from anyone.

I have written on this topic before, covering Rugby Union, Rugby League, Football and other codes, particulary from the point of view of dismal performance of Australian team success (or lack there of over the last 20 years).

I wanted to explore this further, as, as you know from our blog on Level 5 leadership “its not about you any more”

So lets take a deeper look!

Imagine you’re a VIP admitted to a hospital with a serious heart condition. You need a lifesaving operation and, because of your wealth and influence, you are given the option of having a world renowned surgeon flown in to operate on you.

In those circumstances we’d all go for the star performer over the resident medical team, right?
Maybe not.

Robert Huckman and Gary Pisano from Harvard Business School challenged the status of freelancing experts by empirically measuring the success rates of more than 200 cardiac surgeons working across 43 different hospitals.

After analyzing more than 38,000 procedures they found the performance of individual heart specialists did improve significantly with practice and experience (one for the prima donnas).

But it was only at the hospital where they did most of their work.

When the same surgeons left their usual teams to work at different hospitals their success rates returned to baseline.

What is the source?

It seems working with a bonded team of colleagues (doctors, nurses, anaesthesiologists) helps to develop interactive routines that harness the unique talents of each team member.

The authors concluded that elite performance is not as portable as previously thought and is more a function of the “familiarity that a surgeon develops with the assets of a given organisation”- a nice way of saying stars only shine due to their colleagues.

Huckman et.al reinforced these findings by citing studies from other professional settings. For example in a study of software development projects, team familiarity (the average number of times that each member had worked with every other member) was a better predictor of project success and on-time delivery than total experience of individual team members.

In a study at NASA, fatigued crews with experience flying together made significantly fewer errors, when placed under simulated pressure, than fresh crews who had never flown together.

Positive psychology has always emphasized the personal wellbeing benefits of social relationships and connectedness to others. Now we can say connectedness makes good business sense too –improving organizational performance at the highest levels.

“So once we get the right people on the bus, let’s make sure they spend some time driving together.”

What is an effective team?

Simply working with other people doesn’t mean that you’re working as a team, real teamwork implies collaboration, communication and the acknowledgement of a common purpose.

Hence a group is more than a gathering of people and not all groups are teams. Teams are in fact, a very particular form of group in that they’re interdependent and focused on structure and activities.

One of the definitions of team that is used in Psychology is this one:

“A team is a group of two or more people who interdependently seek to meet a common purpose, often through problem solving, in order to meet their own and their organization’s goals. At a minimum, a team should be a cooperative unit and, at its best, a team is a collaborative unit.”

The value of teamwork

According to research findings, strengths among young adults found that females had higher ranks of teamwork than males.

Evolutionarily speaking, women, from time to time, were in groups, both to protect themselves and for cooperation. Somehow, this case is true for men too. You won’t see an alpha male monkey walking alone without their followers.Once you are in a team, you get stronger.

In addition, studies found that after the 9/11 incident, the score of strength like leadership and teamwork increased drastically. Hence, without team or friends, surely we couldn’t survive long enough.

Under the VIA (Values in Action) framework, the strength of teamwork is categorized in Justice. People who have teamwork as their top strength usually are ‘loyal and dedicated team mates and work hard for the success of the group’. Their main goal doesn’t concern themselves alone but others as well.

Why is doing volunteer work always encouraged? The answer is simply because it strengthens the community.

Teamwork is also named “civic strengths” as they “underlie healthy community life for successful interaction and belongingness” Not only is it encouraged in the community but elsewhere where different people come together and work for one goal and cooperation and teamwork is needed.

When you work in a team, you’re shifting the focus from you to others.

Trust as a core ingredient

To build a strong team, trust is essential.

“Trust is a psychological state that implies positive expectations regarding the intentions, attitudes and behaviours of others towards oneself in situations that may imply some uncertainty or ambiguity.”

In the context of organizations, for example, we can look at trust in 3 different forms or stages – Trust based on an:

We also know that an environment with low levels of trust will lead to:

“When there is uncertainty, there must be some elements of trust”.

Teamwork also requires the ability of facilitation. Tom Wujec presents his findings of the ‘marshmallow problem’ that the group scores much better if executive administrators are put in.

‘Because they have special skills of facilitation. They manage the process. They understand the process. Any team who manages and pays close attention to work will significantly improve the team’s performance.’

Most of the time that team is nothing but a group of people working in the same office space. Each person has their own strengths and skills. Each could succeed and do great on their own. However, if they worked as an effective team they could accomplish extraordinary results.

“Teamwork is the ability to work together toward a common vision. The ability to direct individual accomplishments toward organizational objectives. It is the fuel that allows common people to attain uncommon results.”

7 Core components of the psychology of teamwork

So what does it take to build an effective team? According to the TESI (Team Emotional and Social Intelligence) Model there are 7 skills that will contribute to effective team functioning:

Refers to how well the team demonstrates belongingness, a desire to work together, and a sense of clarity around the role of each member. Brings with it a high level of loyalty if highly scored.

Considers the energy levels of and responsibility within the team, and whether competition is working for or against the team. ?Requires knowing and meeting desires, setting stretch goals, reinforcing success, and being persistent.

Considers the amount of attention the team pays to noticing, understanding, and respecting feelings of team members. Is a critical factor in motivation, productivity, and a team’s ability to collaborate. So it’s central to the success of every team.

Intuitively we all know that communication is an essential factor for a group of people working together. It provides feedback and guidance on how well each of the team members listens, encourages participation and discusses sensitive topics.

Gives the team a reflection of how well it’s doing in managing the pressures of workload, time constraints, and the real needs for work- life balance. It’s the closest of all scales to physical health.

Addresses how constructively the team conducts the process of disagreement and whether the team is able to deal with adversity to enhance its functioning, rather than being caught up in the conflict. It’s essential for productivity and creativity.

Highlights the level of encouragement, sense of humor and how successful the team expects to be. Is a major support for a team’s flexibility and resilience. The heart of a “can-do” attitude. Influences building an energized attitude in your teams.

According to this framework, the result of applying these skills is sustained productivity and emotional and social well-being for the team. Isn’t that what we all want?

In the words of Henry Ford:

We’d love to hear from you, are you part of an effective team? What can you do to start developing these skills? Leave a comment below, or send us your details below for our team to get in contact with you.